For maximum enjoyment - We strongly suggest serving this one-of-a-kind wine in the largest wine glass you have. This allows the wine to breathe and opens the aromatics to the nose giving you a burst of dark fruits.

CAROLUS is our premier wine offering. The name and the wine pays homage to our great state of North Carolina, where we are based. The Carolinas were named to honor King Charles IX of France, King Charles I & King Charles II of England. The Latin name for Charles is Carolus and thus the name given to the Carolinas. The XII signifies that North Carolina was the 12thcolony to join of the original 13 colonies of what became this great country.

This was another exceptional wine from JOLO. Rich and elegant, it had wonderful notes of berry and graphite. Just the right balance of mineral. A great finish that lingers on the palate. Perfect with grilled tenderloin. Will definitely buy more.

JW & Kristin really out did themselves. How a Boston guy who moved to NC can create such an amazing wine is incredible. Please ship more.

I bought this wine to celebrate my anniversary with my fiancée. We wanted to try this wine to see if it is something we would like to have for our wedding at Jolo in October! This wine was so surprising! Every sip seemed to have a new flavor. I love a good blend and this one was phenomenal. You can really taste the berry fruit flavors. I highly recommend the Carolus XII.

Overall, the JOLO 2019 Carolus II was a smooth delight to our palate. Rich, smooth and a delicate varietal red. Not as heavy as a burgundy, with no tannin aftertaste, the gentle berry notes and Cab pedigree makes for a very pleasant pairing with roasts and pasta creations. Bravo to the Ray's! Keep these surprises coming.

Loved this new creation! Paired so well with a med-rare filet. Followed by a cigar by the fire pit! Congrats you guys. We miss hanging out and hope to be back soon!

This is one of the best wines. Wish I had ordered more

Oustanding, exceptional, elegant, the words do not do Carolus justice. Wonderful aroma and bouguet it delites every part of the palet. We have enjoyed it with a grilled steak, cigar, and relaxing conversation. You cannot go wrong.

This wine is amazing. The nose is pleasant, jammy, not overbearing. The first sip...perfect on the front and like velvet on the finish. I would put this wine beside Opus and Caymus! We love a blend that’s rich, full bodied. Awesome job JW!!!

Delicious and smooth. Bold flavor with great berry and mineral flavors. Will definitely want to have more.

CAROLUS XII is an extraordinary red blend. I opened the bottle an hour prior to serving, allowing it to breathe. Characteristics of this full body red exhibited dark berries, spices and leather. It was pleasant on the palate with an amazingly smooth finish. JW once again set the bar high with this must have wine!

Excellent rich, full-bodied red wine. Paired with roast for dinner and was so satisfying we skipped desert and had more wine instead. I expect this to garner several medals in competition. I'll order more if JW will increase my limit (hint).

We enjoyed this smooth and rich wine with rib eye. It is a wine we will purchase and save for a special night or event.

As a JOLO wine-club member for 5+ years, we have always enjoyed all of their wines, especially the reds. The Carolus knocked our socks off, and I would rate it higher than Caymus. It was subtle and smooth, yet with incredible body. Tannins were moderate and delightful, with aromas of light berries and perhaps graphite notes. The finish was exquisite and among the best wines we've tasted. For our 15th wedding anniversary, we paired it with an aged filet and it was magnificent. The best wine offering from JOLO to date! Highly recommend this wine and will be ordering more ASAP!

CAROLUS XII is an amazing wine: Smooth, full bodied, elegant, perfect from beginning to the end... Opus, who? . Thanks for this one!

Bought this at pick up! Got home, opened it, simply amazing! So glad I decided the purchase it! Will definitely buy it again! Delicious! Great flavors, lingers on the tongue, so smooth.

This excellent new blend by Jolo is over the top! A full bodied red blend with fantastic black cherry notes. This one will age fantastically but is also ready to drink today Leaving you excited to see how it develop s over time. Put the cigars on the side ladies and grab Jolo’s Chocolate mousse Cake dessert it pairs with this wine to perfection! Grab a bottle to drink today then grab another to age!!! 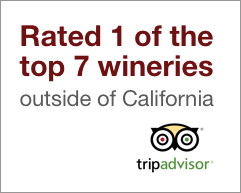